Nick wrote his first novel, The Quest for the Holy Grail, at the age of 12 while attending Nazareth Hall Cadet School in Rochester, New York. Sister Marie Paulus immediately seized the manuscript and promised to have it published. Six weeks later when Nick found it on her desk, he reclaimed it and discovered a little note attached.

“Nice work – he should keep it up.” Mitch

Nick never learned who Mitch was, and Sister Marie wouldn’t tell. Still, in spite of the encouraging words, it was his first rejection slip.

Since then Nick has amassed an impressive collection of rejection slips, but he has also published ten novels, six technical books, a nationally known management book, and dozens of poems. His humorous business tome, Management by Guilt, became a selection of the Fortune 500 Book Club and The eLit Digital Publishing Awards named Nick’s Taken By Witches Best Horror Novel of 2016.

After graduating from Stanford’s film program, Nick served an internship at MGM Animation with famed animator Chuck Jones and legendary writers Dr. Seuss and Walt Kelly. He became close friends with all of them. He was part of the story development team for How the Grinch Stole Christmas, Horton Hears a Who, and the Pogo Special Birthday Special. When MGM disbanded its animation unit, Nick went to work in the story department of The Walt Disney Company where he helped create five episodes of the Wonderful World of Disney. For his work on Mickey’s 40th Anniversary Special, Nick received screen credit as a Friend of Mickey Mouse.

As a freelance writer, Nick went on to write over 50 screenplays about Mickey and his pals.

At Eastman Kodak, Nick spent three years designing, writing and developing instructional materials and learning system. And he has applied these skills throughout his career. He did innovative work in the earliest forms of computer-aided instruction, simulation training, and distance learning. Nick’s first publication, A Practical Guide To Interactive Video Design became a landmark work and was used as a textbook at MIT, Harvard, NYU and other universities. Nick also traveled all over the world lecturing on the design of interactive media.

At ByVideo, a Silicon Valley Startup run by Atari founder Nolan Bushnell, Nick managed the installation of a state of the art TV studio and supervised the creative and production people in the development of media for the ByVideo Interactive Shopping System.

At Apple Computer and Hewlett Packard, Nick managed the writers, TV directors, graphic artists, and production people in the creation of interactive learning systems and promotional videos. Nick’s innovative designs at Apple are considered landmarks in the development of distance learning.

As head of the Iuppa Creative Group, Nick has designed and written entertainment and training simulation games for LeapFrog, (Sudoku and the power of 9), The US Fire Service (Alaska Kids Fire-Prevention Learning Games and U. S. Fire Fighter Training Simulations) The US Navy (Stress Inoculation Training and Cross-Cultural Awareness Training) as well as numerous prototypes for Silicon Valley Startups.

Nick married the prettiest girl in Rochester New York over 50 years ago. They have three brilliant children and three exceptional grandchildren. They continue to travel the world in search of spectacular scenery, cozy hotels, daring adventures, delicious food, and unique baby clothes. 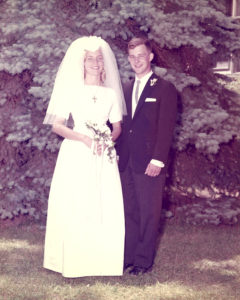 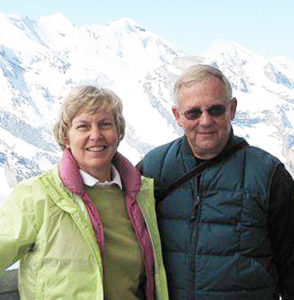 Nick has a Bachelor Degree in Communication from The University of Notre Dame and a Master Degree in Film Production from Stanford University.